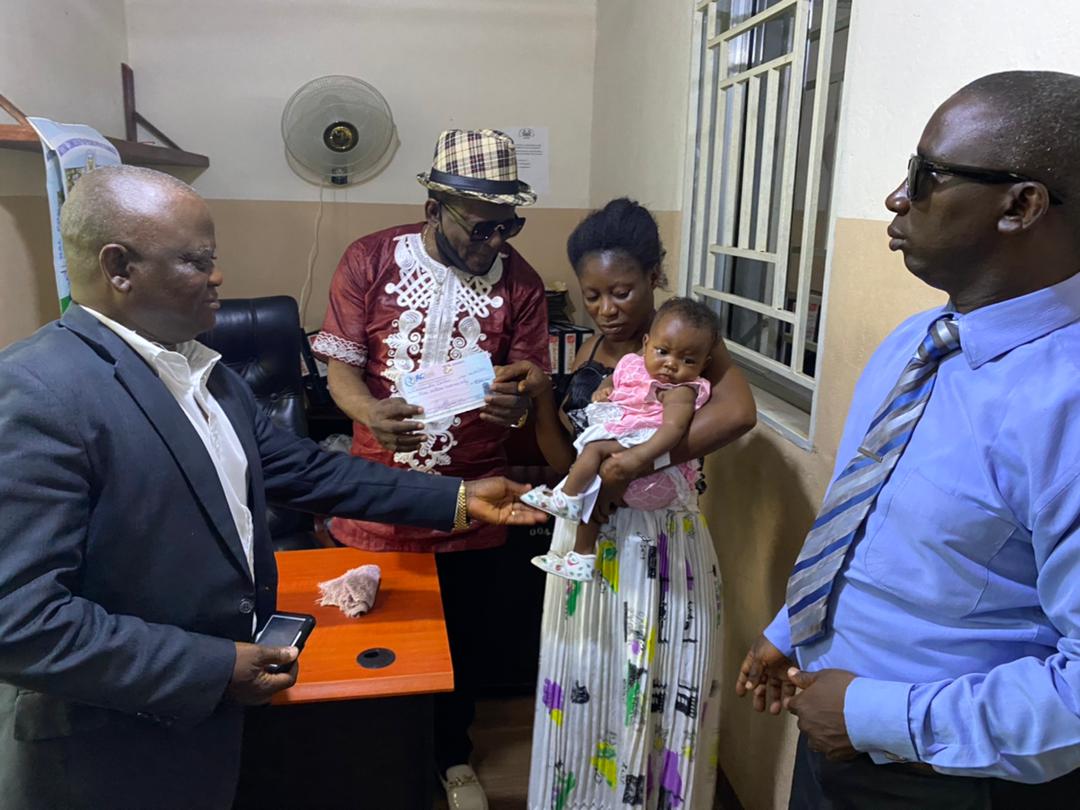 As Disabled Woman Kidnapped, Raped and Killed……..
NCPD SYMPATHIZES WITH THE CAREW FAMILY

By: Mawusie P. I Dumbuya 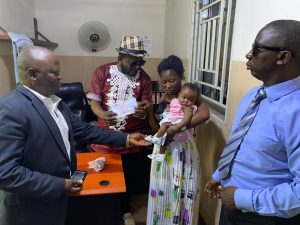 Thursday 29th September 2021 was a day of grief and mourning at the National Commission for Persons with Disability (NCPD) New England Ville Office; as the Chairman James T. Cullen and Management Staff empathized with the family of the late Agnes Carew a speech and hearing-impaired woman who was kidnapped and raped.
It was reported that on the 9th August, 2021 the deceased fell sick and was subsequently taken to the hospital by her mother together with the deceased three-month old baby.
Explaining the ordeal of her late sister Cassandra Carew said the deceased, was heading home after treatment from the hospital and their mother boarded a moto bike which was to take her home, but it eventually resulted into kidnapping in which the deceased became a victim.
She lamented that the bike rider diverted from her actual destination to an unknown location where she was illegally detained, tortured and raped, “my sister was in an illegal custody for three days and subsequently dumped at the Kamayama field unconsciously” she cried.
According to her, the matter was reported at the New England Police station but the police advice their mother to wait until the deceased gain consciousness to enabled them obtain statement.
Madam Carew said her sister could not withstand the pain and traumatic tribulation which she said led to her death on Sunday 26th September 2021.
Chairman of the Commission Taiwo Cullen said the event is distasteful and that such act should not be part of the society where men took advantage over the vulnerability of a disabled woman “we are saddened by the ordeal of the late Agnes Carew” he expressed.
He promised that the Commission will endeavor to secure justice for the deceased and her three (3) months old baby adding that the commission will pursue the matter until a result will be achieved, he vowed.
He said the deed is irreversible but justice will be served to the perpetrators and as a means of assistance, the Commission has decided to present a cheque of Le 5,000,000 (Five Million Leones) of which Le 1,000,000 (One Million) is meant for the funeral arrangements and the Le 4,000,000 (Four Million Leones) will go towards the up keep of the child. 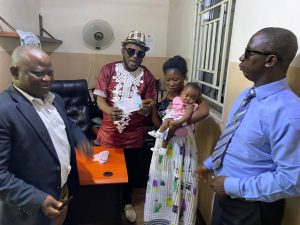 He urged the family to make good use of the money because it’s a one off support.
In furtherance, the Executive Secretary Saa Kortoquee lamented on the content of a letter dated 28th September 2021 sent to the Commission by the family which he said are untrue, owing to the fact that the Regional Coordinator West Jonathan Conteh repeatedly called the contact person but to no avail.
He said stressed that NCPD is a responsible institution and carters for every persons with disabilities and issues of such magnitude are not treated with a pinch of salt.
He averred that it was a lapse of communication on the part of the family that prevented the Commission from intervening immediately because when the phone number attached to the letter was faulty they should have reported in person to do follow in the office.
He encouraged the family of the late Agnes Carew to inform the deceased’s husband who is also suffering from speech and hearing impairments about the support of the commission.
Receiving the support in tears on behalf of the family Cassaandra Carew appreciated the Commission and apologized for the content of their letter which she said was out of depression and lack of communication.
She pleaded with the Commission to seek for justice for her late sister and promise that the family will do everything within their reach to care for the surviving baby.