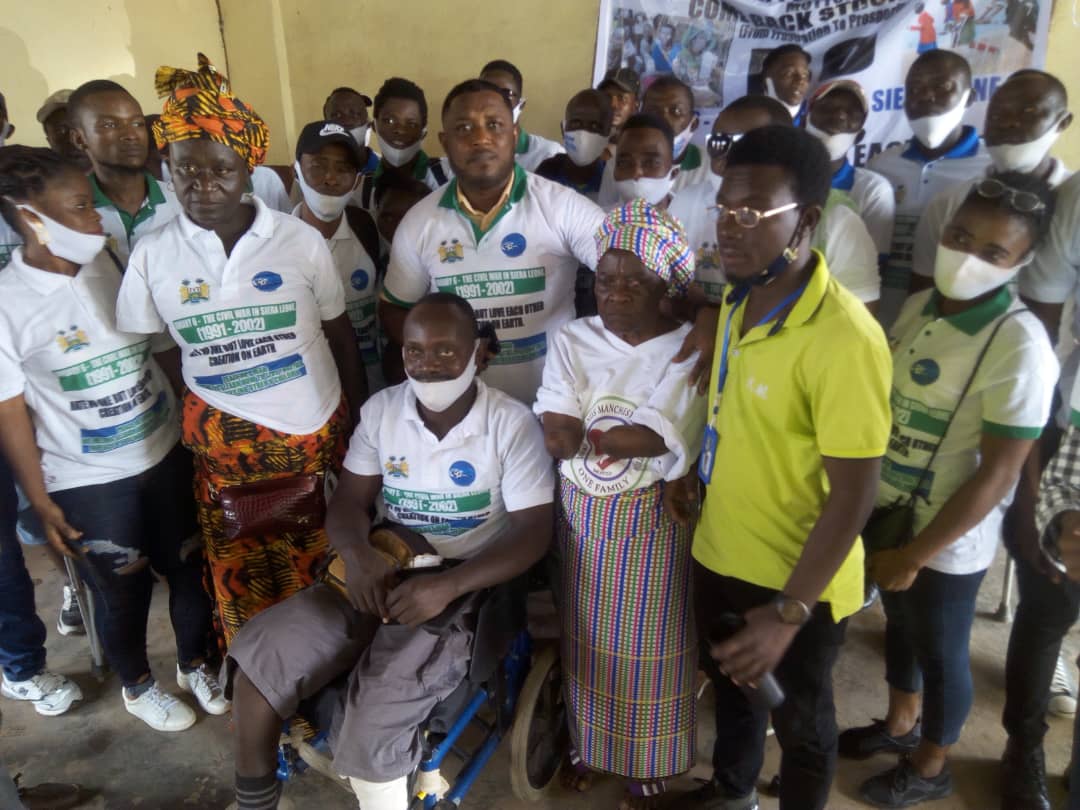 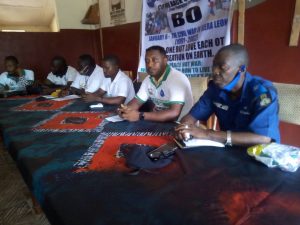 The National Commission for Persons with Disability (NCPD) has on Wednesday 6th January 2021 joined Amputees and the War Wounded to commemorates January 6 in the Southern Region of Bo.

According to HI and MSF it was estimated that at least 4,000 individuals including women and children were deliberately amputated and that three out of the four victims probably died as consequence of the amputation.

The event encapsulates reminiscences of the negative ordeal encountered by victims and their experience during the 11 years interregnum in Serra Leone.

Representative of the Sierra Leone Police commended NCPD for championing disability issues in the country ” the Commission had tried to manage Persons with Disabilities (pwds) as victims and perpetrators which has contributed to maintaining peace in the country” he maintained.

In his statement head of DICOVERC in Bo district David Fortune cautioned representatives in the meeting to ensure that all COVID 19 precautions are adhered  in a bid to prevent the rapid spread of the disease.

Presenting the Keynote address NCPD Regional Coordinator South John Conteh encouraged victims who suffered loss of limbs and arms to be courageous and steadfast as all is not lost.

He revealed that according to HI, almost 75% of amputees live in Kono in the Eastern Region.

He urged them to work with the Commission to help solve their numerous challenges, “government of Sierra Leone through His Excellency the President Rtd. Brigadier Julius Maada Bio is ready to improve on the lives of PWDs and we don’t want to leave no one behind” he revealed.

John Conteh admonished stakeholders to include PWDs in all development programs especially in the post COVID recovery activities to help cushion the pressure on the Government and by extension NCPD.

He called on partners more especially the head of DICOVERC in the district to partner with NCPD and other Disabled Persons Organizations (DPOs) to raise awareness on Covid 19.

He stated that the Commission is established to ensure the lives of PWDs are change and to promote the right base approach.

He however revealed that the inadequate funding received by the Commission had contributed to the snail  pace of the project implementation, “we call on government and other development agencies to boost us with funding” he concluded.