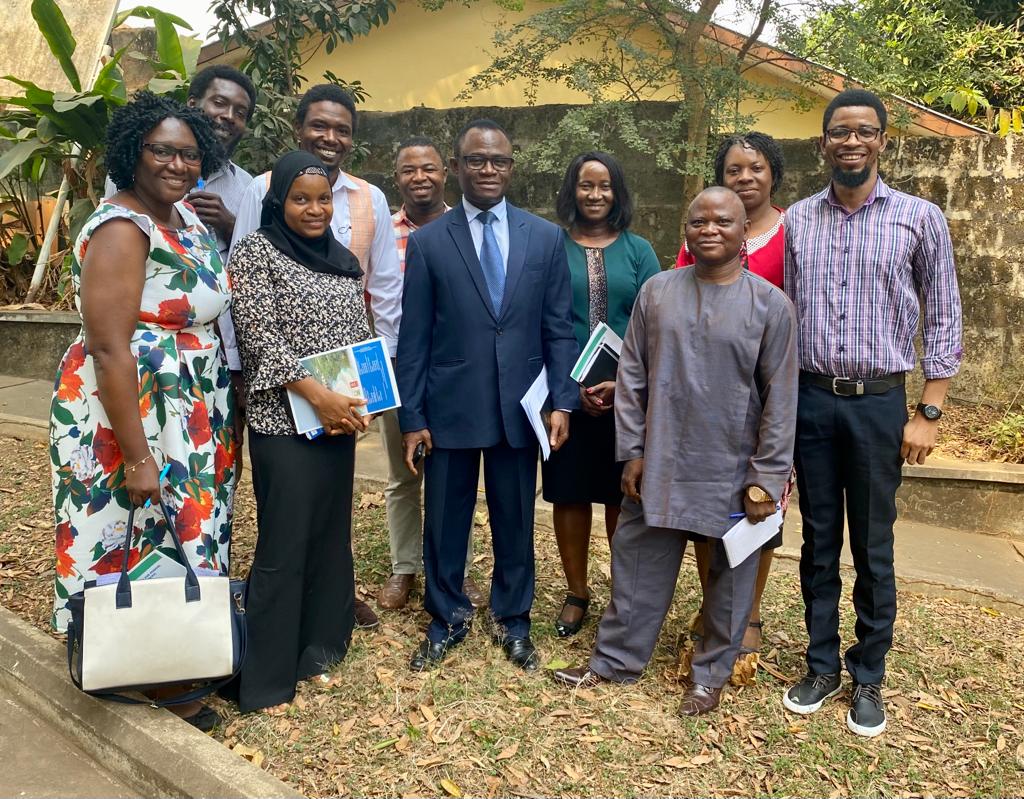 The National Commission for Persons with Disability (NCPD) Secretariat at New England Ville in Freetown has on Wednesday 26th January received a high-powered delegation from National Monitoring and Evaluation Directorate (NaMED) in the Office of the President.
Welcoming the team from State House, NCPD Executive Secretary Saa Kortequee said the Chairman, Board and Management of the Commission are gratified and honored to host NaMED’s Director General (DG) in a bid to discuss pertinent issues on Persons with Disabilities (PWDs).
He expressed optimism that the meeting would yield fruit of partnership in a quest to promote government’s agenda in cluster 5.3 of the Mid-Term Development Plan; adding that the visit is a show of huge commitment. 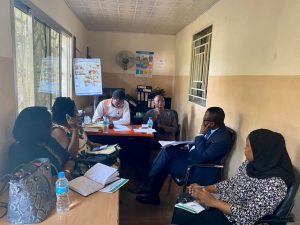 The Commission’s scribe lauded the effort of NaMED Director General for putting premium on disability which he said is a step in the right direction; “you are now an Ambassador to the Commission” he observed.
Saa Kortequee revealed that Government through the Commission and other Ministries Departments and Agencies (MDAs) had done a lot on disability issues but due to some challenges they are underreported and urged all to work effectively in changing the landscape.

Highlighting the activities of the Commission, the Programs Manager Tamba Mondeh said monitoring and evaluation is a key component of the Commission’s activities and that the partnership with NaMED will enhance productive result in monitoring disability activities.
He revealed that one of the core areas of intervention by the Commission is direct support to PWDs and also stated that there are plans to develop Disabled Persons Organizations in a massive livelihood project; which directly speaks to the Mid Term Develop Plan.
He concluded that the Commission is also giving technical support to other MDAs on disability related matters.
In his presentation Dr. James Edwin Director General/Chairman National Monitoring and Evaluation Directorate Office of the President said It was a privilege to be at the Commission on a working visit. He maintained that PWDs are part of the population and forms an integral aspect of the government’s plan.
He said it is but prudent for management to find solutions to the exciting predicaments at the Commission by imploring robust advocacy, networking and search for resources beyond government funding, adding “we are here to find a way to correct the difficult situation as a team”• he maintained.
He said one of the challenges in Sierra Leone is to get comprehensive data and that they at NaMED are not oblivious of the fact that the Commission is struggling to acquire adequate data on PWDs base on qualification, address and gender.
He said NaMED will factor disability issues on their questionnaires assist in tracking disability issues from chiefdom to national levels and set up a data base of all the disability.
Dr. Edwin advised management to catalog three tangible project that the Commission aims to achieve if there are availability of funds, increased awareness raising, produce reader friendly version of the 2011 PWD Act and Accessibility of Audit Report.

NaMED Czar encouraged management to increase networking with international organizations and promised that his office will endeavor to device strategies to link the Commission with international Organization; “we will work together in achieving this venture” he concluded.